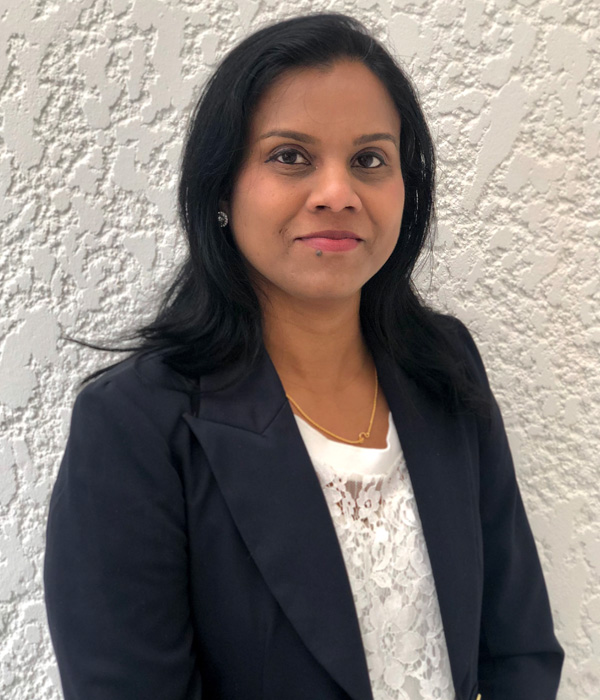 Akil is admitted as a Solicitor in England and Wales from 2007 and is also qualified as an Advocate in India since 1999. She has over 20 years of experience and has worked in Indian, English and French jurisdictions.

Akil advises both companies and individuals on all types of civil and commercial matters and regularly deals with sale and purchase of business assets, commercial leases, commercial and residential conveyancing, drafts and negotiates various types of commercial contracts. She advises and assists on both contentious and non-contentious civil matters (landlord tenancy disputes, debt recovery etc.) and also drafts Wills.

She speaks Tamil and French.

She regularly attends and actively participates in business network events, especially involving the Indian community, to create legal and social awareness. She enjoys travelling, spending time with family and friends and watching movies.

How Can We Help You?

If you feel there is anything we may be able to assist with, please do not hesitate to get in touch either by telephone, or by completing the information on contact us page.